We held our AGM for 2018/19 at 8pm on Thursday 28 March 2019 in the Committee Room upstairs at the Muswell Hill Community Centre ( at the foot of the carpark behind M&S) to discuss the 2018 accounts.  Members of Friends of St James Square board were there along with Hannah Whitehead and Joy Wheeler.  Here are some photos of the occasion:

As in previous years, the Company’s principal activities have been organising community events on St James Square. The two main events in 2018 were Midsummer Muswell on 23 June and A Very Merry Muswell on 1 December, both coinciding with complementary events in St James Church, across the road. Entertainment was provided by local performers and groups. Our local MP attended and gave a speech of welcome on both occasions. There were stalls for refreshments, arts and crafts and local organisations. The cost of providing the stalls was met out of the pitch fees charged.

These were enjoyable family occasions, funded by donations, membership subscriptions and sponsorship by local traders. The main expenditure in the summer was on providing a stage, sound system and generator. At Christmas the main item was the installation of a Christmas tree. The one we ordered turned out to be less tall than expected but it made it easier to decorate and when the lights were finally switched on by the elusive Gingerbread Man it looked very beautiful. We made a small surplus of income over expenditure which we will carry forward to 2019/20

Membership subscriptions are now due.  So if you have not yet renewed and wish to do so please send your cheque for £25 to Friends of St James Square Limited, 9 Hillfield Park, N10 3QT or transfer to the Barclays Bank account in that name No 83152871 sort code: 20-58-51.

Here is information about previous AGM’s:

We had an upbeat AGM on 22 March 2018 and reviewed what had been a very successful year.  Midsummer Muswell 2017 got off to a good start with Catherine West MP, the Local Gem Awardees and others striding down Fortis Green Road to the stirring melodies of Muswell Hill’s Brass Band.  Catherine West opened the Festival and Nitin Gantra from Eastenders conferred the Local Gem awards on, among others, Ben Wheeler the Chewing Gum Man, our Big Issue providers and, posthumously, on one of our most loyal supporters, George Karageorgis at the Clissold  Arms.  Other highlights in an afternoon of quality entertainment, included belly-dancing by the amazing Darkettes, a mosaic tile workshop and a musical play written and performed in Mandarin Chinese(!) by pupils of Fortismere School.

Our Christmas event, A Very Merry Muswell, was another lovely family event, with lots of seasonal products on sale, including very popular mulled wine.  The temperature dropped sharply at 4pm, ahead of a heavy snowfall, but the singing round the Christmas tree was lusty and the lighting of the tree was smoothly done by popular journalist and broadcaster Chloe Potter. At both events, activities on the Square were complemented by lively entertainment in St James Church, including the Christmas Experience with a facility for petting the livestock, hens and ducks in the stable at Bethlehem.

Board membership has changed: Lindsay Miller has stepped down and we have welcomed Justin Keery and Tracey Tommasini in her place.  Thanks to the generosity and loyal support of local sponsors, traders and residents we have been able to carry forward a small surplus to fund this year’s events, which are looking good.  But we will, of course, need the continued support of the neighbourhood and friends.

We would like to thank our friends, neighbours and local businesses who have supported us through becoming members of Friends of St James Square.  Without you, we wouldn’t be able to put on these events:

Who are Friends of St James Square?

We are group of local ladies (and a token gent!) caring about All Things Muswell.

We held our first Annual General Meeting on Monday 20 March 2017 at the Everyman Cinema.  Here are our first year’s accounts and the minutes from our meeting.  Thank you to Ala of Auto Werke for being our accountant.

In the meantime, here are some photos from our AGM! 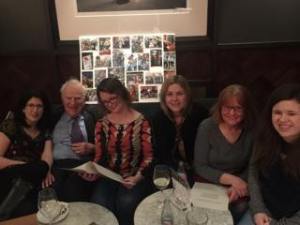 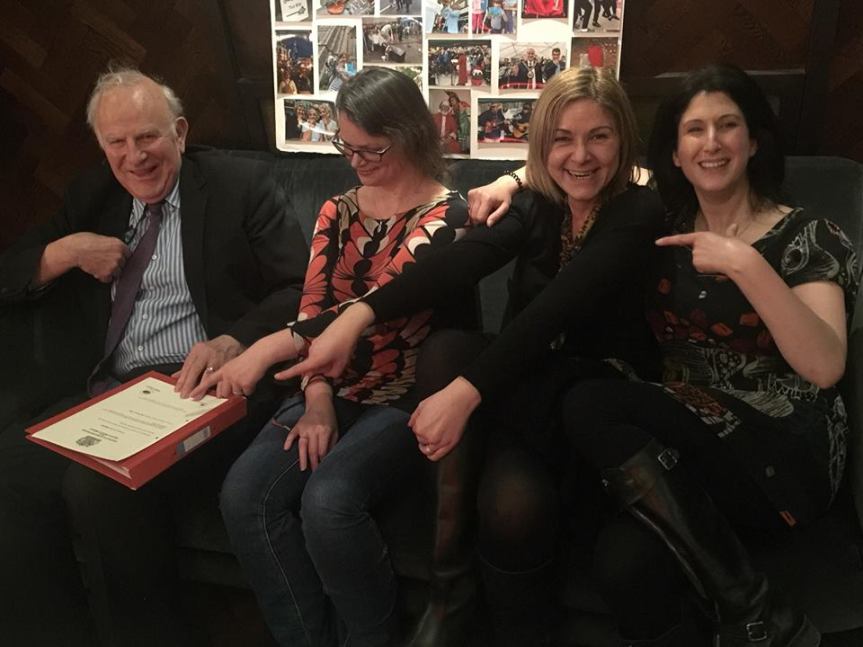 LET’S BE FRIENDS
Why, where did it come from? And what is it to do with me?
As for its origins, the seeds were sown on 20 June 2015 when the newly paved concourse opposite St James Church was officially named ST JAMES SQUARE. The officials concerned included the Facebook-elected Mayor of Muswell; and the naming of the square was the centrepiece of MIDSUMMER MUSWELL, a sunny celebration of all things Muswell: music, dancing and staged entertainment, on the Square and across the road in St James Church. All organised by a group of local residents. 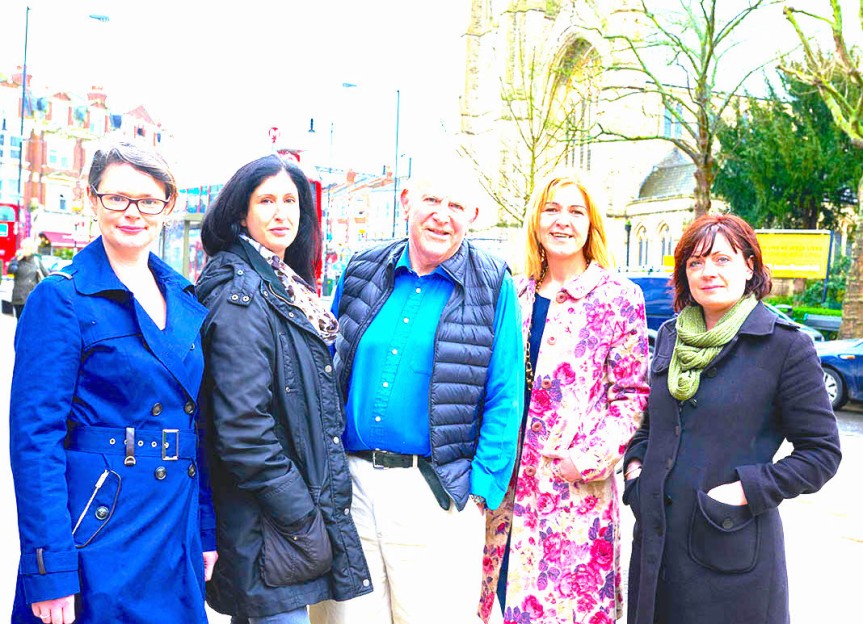 So then what?
Since then the same group of residents has given you a spooky GEISTERFEST on the Square, for Halloween, and, in the run up to Christmas, a “Santa Dash” under the banner TIS THE SEASON TO BE JOLLY. This year we are planning another MIDSUMMER MUSWELL, a further GEISTERFEST and, (wait for it) the installation of an enormous Christmas Tree!
In order to handle these events in a more business-like way, we have formed a not for profit company called FRIENDS OF ST JAMES SQUARE LIMITED. The secretary is the former “Mayor” Peter Thompson and the Directors are Deanna Bogdanovic, Lindsay Miller, Jacqueline Goldenstein and Mel Pretorius. The company ‘s aims are to promote community use of St James Square for fairs, festivals, concerts and markets, to organise such events and to assist in other community events such as the recent memorial concert in Hillfield Park for the late great Vivian Stanshall and the Bonzo Dog Doodah band.

What’s in it for me?
Membership of the company is open to anyone who supports our aims and is willing to subscribe £25 a year. Membership gives the right to vote at the AGM, to receive newsletters and, as many of you do already, to help and support our efforts.

So please let us hear from you if you would like to help us and to become a subscribing member. We want you all to be FRIENDS.

Friends of St James’s Square is open to anyone who lives in the area and accepts our aims and priorities. Membership for a calendar year is only £25. (Email Peter Thompson our secretary: pt.anythinglegal@gmail.com)

Our aims and priorities:

– Making our community a better place, by bringing local residents closer together

– Developing a shared sense of identity and community pride

– Improving Muswell Hill as a whole, while paying attention to those most in need

– Maintaining the village feel of the area

We value diversity and the wide range of skills and perspectives a diverse group of professionals can bring.

Have a Muswell Time 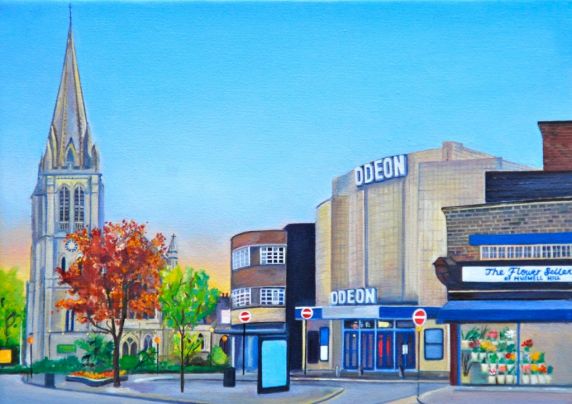 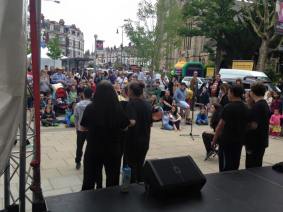 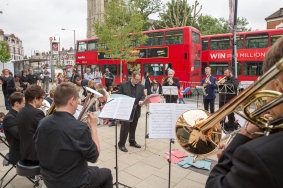